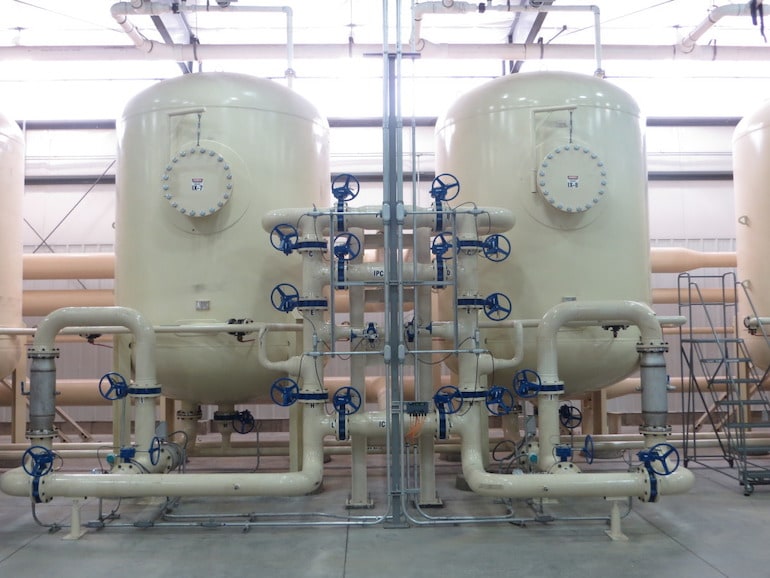 Since commencement of operations in 2013, through 2020, production at Lost Creek has totaled approximately 2.7 million pounds of U3O8 from our first two mine units (MU1 and MU2). These are the first two of twelve currently planned mining areas.

The main trunkline that services the first five MU2 header houses (“HH”) has been installed, and all of MU2 has been fenced. In addition, during the most recent development program, approximately 45% of the required wells for HH2-4 have been drilled and cased. These earlier development activities in MU2 will allow for a quick ramp up of production. 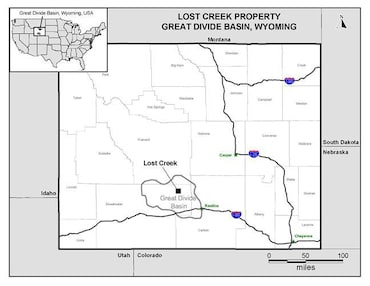 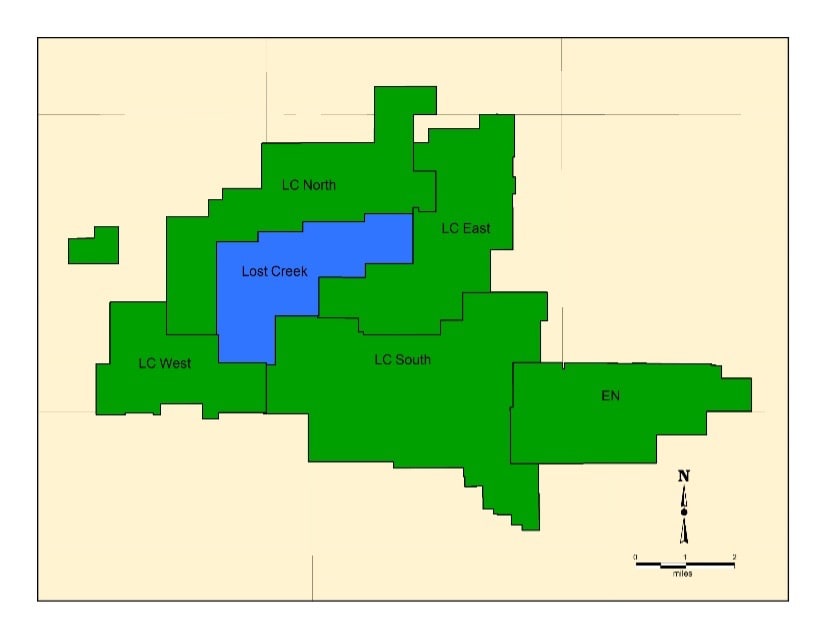 Currently, we estimate that the remaining life of mine is between 12 – 15 years, with our existing estimated mineral resources.

Cautionary Statement: This Amended Preliminary Economic Assessment is preliminary in nature, and includes inferred mineral resources that are considered too speculative geologically to have the economic considerations applied to them that would enable them to be categorized as mineral reserves. Mineral resources that are not mineral reserves do not have demonstrated economic viability. There is increased risk and uncertainty to commencing and conducting production without established mineral reserves that may result in economic and technical failure which may adversely impact future profitability. The estimated mineral recovery used in this Amended Preliminary Economic Assessment is based on recovery data from wellfield operations to date, as well as Ur-Energy personnel and industry experience at similar facilities. There can be no assurance that recovery at this level will be achieved.

The terms “mineral resource,” “measured mineral resource,” “indicated mineral resource,” and “inferred mineral resource” as used in this news release are Canadian mining terms that are defined in accordance with National Instrument 43-101 – Standards of Disclosure for Mineral Projects (“NI 43-101”). These Canadian terms are not defined terms under United States Securities and Exchange Commission (“SEC”) Industry Guide 7 and are normally not permitted to be used in reports and registration statements filed with the SEC by U.S. registered companies. The SEC permits U.S. companies, in their filings with the SEC, to disclose only those mineral deposits that a company can economically and legally extract or produce. Accordingly, note that information contained in this news release describing the Company’s “mineral resources” is not directly comparable to information made public by U.S. companies subject to reporting requirements under U.S. securities laws. U.S. investors are cautioned not to assume that any part or all of the mineral resources in these categories will ever be converted into Mineral Reserves. U.S. investors are urged to consider closely the disclosure in our Form 10-K which may be secured from us, or online at https://www.sec.gov/edgar.shtml.

Mr. Michael Mellin, Ur-Energy and Lost Creek Mine Geologist, a Qualified Person as defined by NI 43-101, has reviewed and approved the technical disclosure contained on this webpage.